Turismo Veloce 800 Lusso is the model that best represents MV Agusta’s idea of a tourer with no compromises. It introduces the new Smart Clutch system (SCS), an MV proprietary technology that enables the electronic management of the clutch.

The Turismo Veloce was designed for confort, speed and fun in every detail.

Compact, wrapped around its powerful inline three-cylinder engine, the Turismo veloce Lusso SCS goes to show how a tourer can be built with great attention to design and aerodynamics

The SCS Smart Clutch System offers the rider a choice: using the clutch in the traditional way, through the lever on the handlebar, or leave it to the automatic system.

The SCS (Smart Clutch System) technology is exclusive to MV Agusta, and this is the first time it is used on a production motorbike. Its development took over two years and required the production of specific technical components, in addition to thousands of kilometres of testing. The transparent clutch cover is a tribute to this unique technology.

The Turismo Veloce Lusso SCS benefits from all the mechanical updates of the Euro-4-compliant models for the reduction of noise and polluting emissions. The cam phasing was improved, and the countershaft and gearbox were redesigned but without compromising on power and torque, nor altering the linear power delivery of the inline three-cylinder engine and its counter-rotating crankshaft.

Latest evolution of Ride by Wire; four engine maps of which one is customizable; an even more effective and less invasive 8-level traction control: in addition to the many improvements of the electronic management of the bike, the Turismo Veloce Lusso SCS features the perfect integration of the automatic clutch with the other electronic devices. The result is a flawless performance, whatever the riding conditions.

Just like the EAS 2.0 “up and down” assisted shifting, the SCS technology was introduced for the first time on a production motorcycle by MV Agusta. It contributes to safety, working with the automatic clutch, avoiding the engine to switch off. The parking brake, operated with the right foot, further contributes to safety even when the surface in not perfectly level. 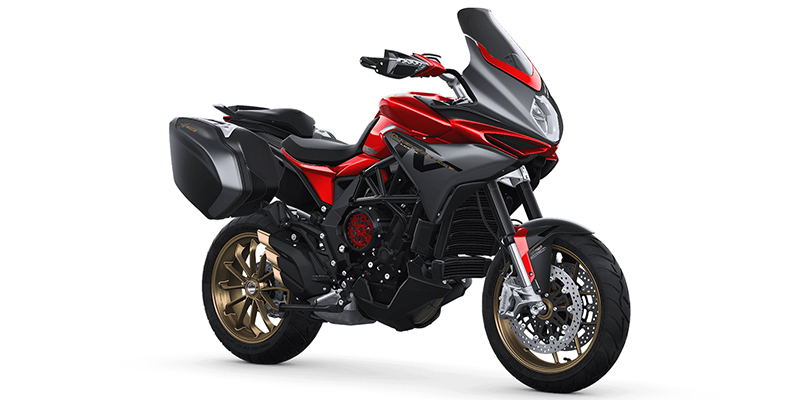