A modern classic, the F4 set a new paradigm in the world of sports motorcycling. That typical MV feeling; the jaw-dropping performance; the speed; the revolutionary design that redefined the concept of a sports motorbike.

The continuous refinement process of the bike that best represents the essence of MV Agusta introduced new light guides, positioned on the leading edge of the spoiler, and shorter characteristic four-exit exhaust outlets.

How can a bike still be the best looking, 20 years after its debut? It’s all down to an unmistakable silhouette, elegant, racy and aggressive. Its headlight, its tail section and its exhaust system have become iconic.

The unmistakable 4-cylinder sound raging through the hallmark four-exit exhaust tells you it's coming before you even see it.

The four-cylinder engine of the entire F4 range is the highly advanced "Corsa Corta" (Short Stroke): the piston’s diameter is 79 mm, while the stroke is contained at 50,9 mm. The titanium intake and exhaust valves utilise a twin spring systerm. The pistons are forged aluminum and the oil circuit has been redesigned.

The F4 adopts the integrated MVICS system that includes Full multi-map Ride by Wire throttle control with 8-level traction control. Up & Down EAS 2.0 electronic gearbox and a hydraulic clutch featuring a mechanical slipper device are available as a standard feature on all versions.

When all you have to think about is riding, fun and pleasure are at their top, especially since safety is ensured by the two-channel Bosch 9 PLUS ABS system with Race Mode. With Rear Wheel Lift-up Mitigation, the system controls the pressure applied on the front brake to avoid involuntary rear wheel lift-up. 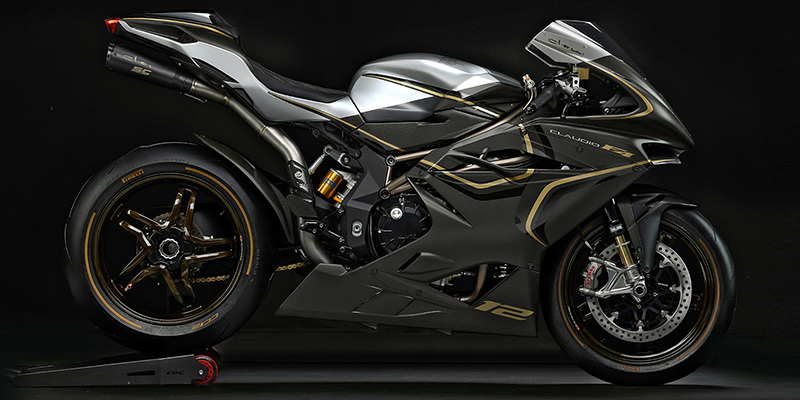