The F3 675 marks the return, in a production motorcycle, of the legendary three-cylinder engine that dominated the race tracks in the golden age of Giacomo Agostini. This mid-size supersport was also the first to feature a counter-rotating crankshaft.

A SUPERFAST WORK OF ART

The three-exit exhaust, the distinctive, aggressive-looking headlight unit and the single-sided swingarm, so beautiful it looks like a sculpture: every detail of the F3 675 tells the story of a work of art crafted by MV.

Every detail of the F3 675 is designed with a sole objective: making it faster. Form follows function, say the masters of design, and all with the unmistakable style of MV.

Thanks to the particular distribution of its internal components, the engine of the F3 675 is like no other in this category. With a 79 mm bore and a 45.9 mm stroke this three-cylinder engine can reach extremely high revs. High-tech and innovative, it delivers 128 hp at 14.500 rpm with a 71 Nm torque at 10.600 rpm.

Let’s talk about numbers: 128 hp at 14.500 rpm, 71 Nm torque, limiter intervening at 15.000 rpm. The F3 675 boasts extraordinary performance, the best of its category. It is the first supersport production motorcycle with a counter-rotating crankshaft, a feature of MotoGP bikes.

The F3 675 was the first bike to feature the MVICS system with multi-map Full Ride by Wire, 8-level traction control and EAS 2.0 up & down electronic gearbox mated to a hydraulic slipper clutch. The electronic injection system has two injectors per cylinder with huge 50 mm diameter throttle bodies.

When all you have to think about is riding, fun and pleasure are at their top, especially since safety is ensured by the two-channel Bosch 9 PLUS ABS system with race mode. With Rear Wheel Lift-up Mitigation, the system controls the pressure applied on the front brake to avoid involuntary rear wheel lift-up. 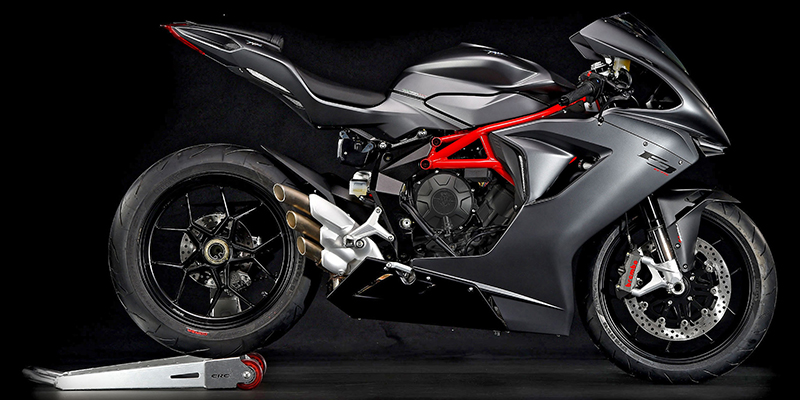